The increasing popularity of e-sports has influenced a big part of online community. To expose the students of BBA and BSc (CS &SE) to this growing community of video gaming, the members of the IT Club at PCPS, organized a gaming competition on April 25 and 26, 2018. 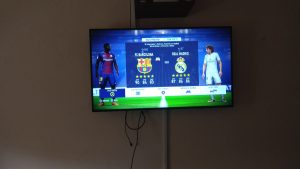 The competition was for both PC and Mobile Gamers. The competition comprised of 4 games, 2 for each platform. The games were FIFA and Counter Strike for the PC gamers, while Clash Royale and Ludo for mobile gamers.

Counter Strike had two teams with 4 players on each side after intense competition Kiran Pradhananga, Rashim Joshi, Basanta Karki and Sanil Shrestha were announced winners. 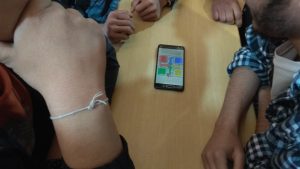 The game that attracted highest participation was Ludo with 20 players. The winner for the event was Lalit Sunar.

In Clash Royale, 6 players competed with each other to reach the finals. In the finals Kiran Pradhananga won the tournament by defeating Aasna Shakya.

The last game in the competition was FIFA that lasted for two days. Among the 8 players, Rashim J

oshi and Jenish Tamrakar were the one to compete at the finals.

Jenish Tamrakar won the game by defeating Rashim Joshi on best of 3 matches.

The winners were awarded with souvenirs and gifts from the college on their participation and win.