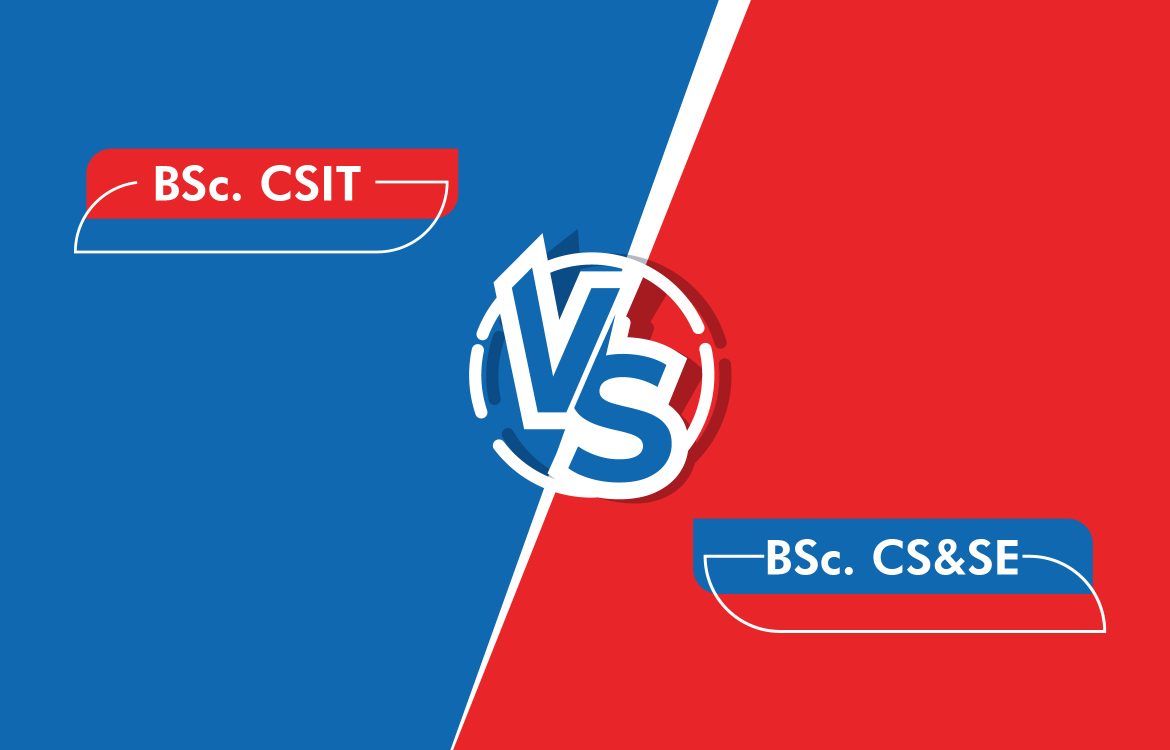 What do you think is better for your career, BSc. CSIT or BSc. CSSE?

The BSc CSIT integrates courses needed for both IT and computer science. 40% of the courses include IT-related courses, and 60% have computer science courses. Students will have the chance to pursue higher education in the future if they choose to take a BSc in CSIT.

Through project work and an experimental learning approach, the course’s major goal is to teach students the fundamental concepts of computer science and IT. Additionally, it aids learners in practical problem-solving.

A three-year, six-semester, 360-credit degree in computer science and software engineering is offered by PCPS in Nepal with affiliation to the University of Bedfordshire. One’s ability to assess and create a variety of applications will be enhanced by taking this course. The complete software development lifecycle is highlighted, as well as the use of object-oriented programming (OOP) techniques and tools to create high-quality software systems. One can thoroughly cover OOP techniques as well as the whole system’s development life cycle.

The final-stage project permits one to go further into specialized work, opening the door to potential future research. The focus of the course is to equip software engineers and programmers with a more in-depth understanding of areas like various programming languages, database applications, artificial intelligence applications, and networking, in addition to their general knowledge of computer science and software engineering.

Which one is better?

BSc. (Hons) CS & SE is a better degree than BSc. CSS for the following reasons: